Santorini is one of the most popular Greek islands, and its beautiful rocky slopes that fall into the sea are recognizable all over the world. Rocks of various colors form a unique backdrop in contrast to the deep blue of the Aegean Sea and to the whitewashed houses, while Santorini Sightseeing are many and wonderful!

With its reputation for dazzling and romantic sunsets, beaches with the strange morphology formed by volcanic action, it is not surprising that Santorini is the first choice for many travelers, as it does not look like any other Greek island.

How to get to Santorini 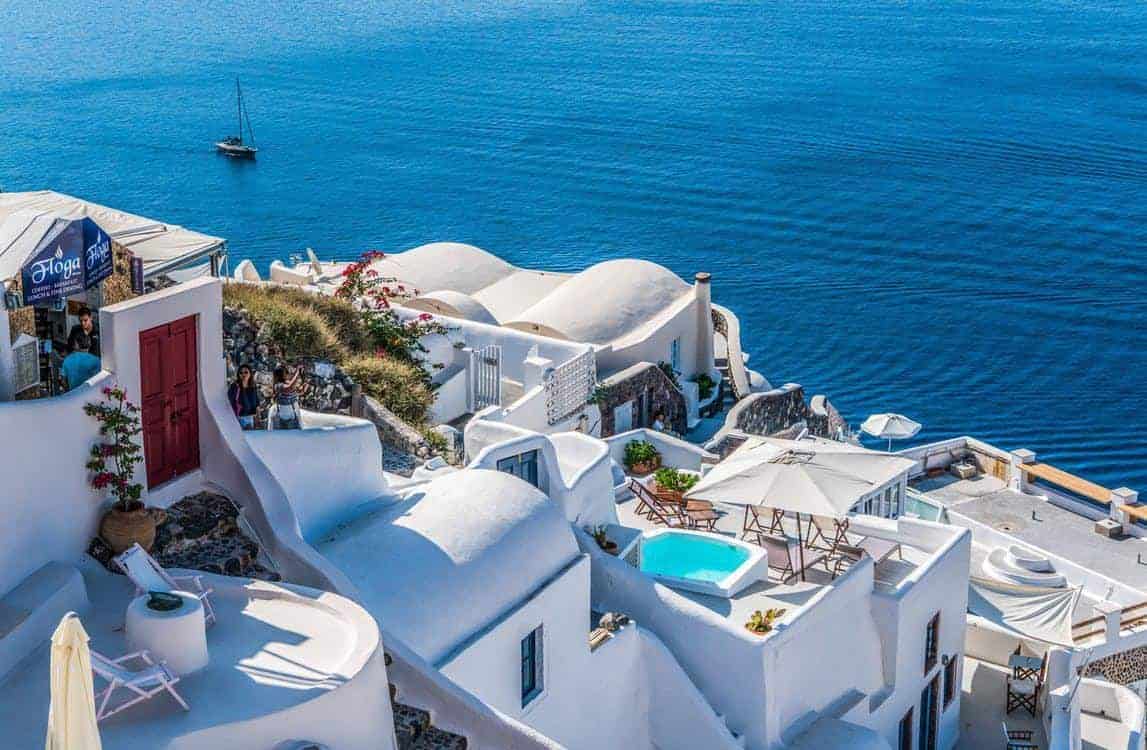 When to go to Santorini

The peak period on the island begins in early April and ends at the end of September. While the island is generally much more busy and expensive during this time, if you want to experience Santorini in all its aspects, it is not recommended to visit outside the peak season as a large percentage of local restaurants and hotels are closed, making it difficult to fully enjoy your holidays.

Santorini is famous for its houses on the top of the rocks, which are painted in the classic Cycladic colors, ie white and blue. If you are looking for a romantic getaway, Santorini is an absolute destination with Santorini Sightseeing to invite you to explore. Do not miss the sunset in Oia, visit the many historical sights or explore the island’s vineyards. Santorini is obviously tourist, but at the same time you can call it cheap for what it offers, while those who do not feel comfortable with crowds, once you leave Fira, it is easy to escape from the crowds.

The best things to do and the Santorini Sightseeing

The volcanic activity of Santorini plays an important role in many of the island’s popular activities, from swimming and sunbathing to beaches (such as Kamari beach) to the exploration of the ancient ruins buried in the ash (Akrotiri). Even the taste of wine here is influenced by the volcanic soil of the island, and making a visit to one of the many wineries of Santorini you will find it. You can also enjoy hiking along the caldera from Fira to Oia as well as other routes. Whatever you choose to do in Santorini, you can not miss the sunset in Oia!

The volcanic history of Santorini has led to the creation of a series of the most unique beaches of the Greek islands, and Kamari is no exception. It is located about 4 miles southeast of Fira on the east coast of the island, while its black pebble beach is one of the largest in Santorini.
Kamari is a popular resort where you will find many hotels, restaurants, beach bars and shops. At the beach, guests can take advantage of the available sun loungers and umbrellas. 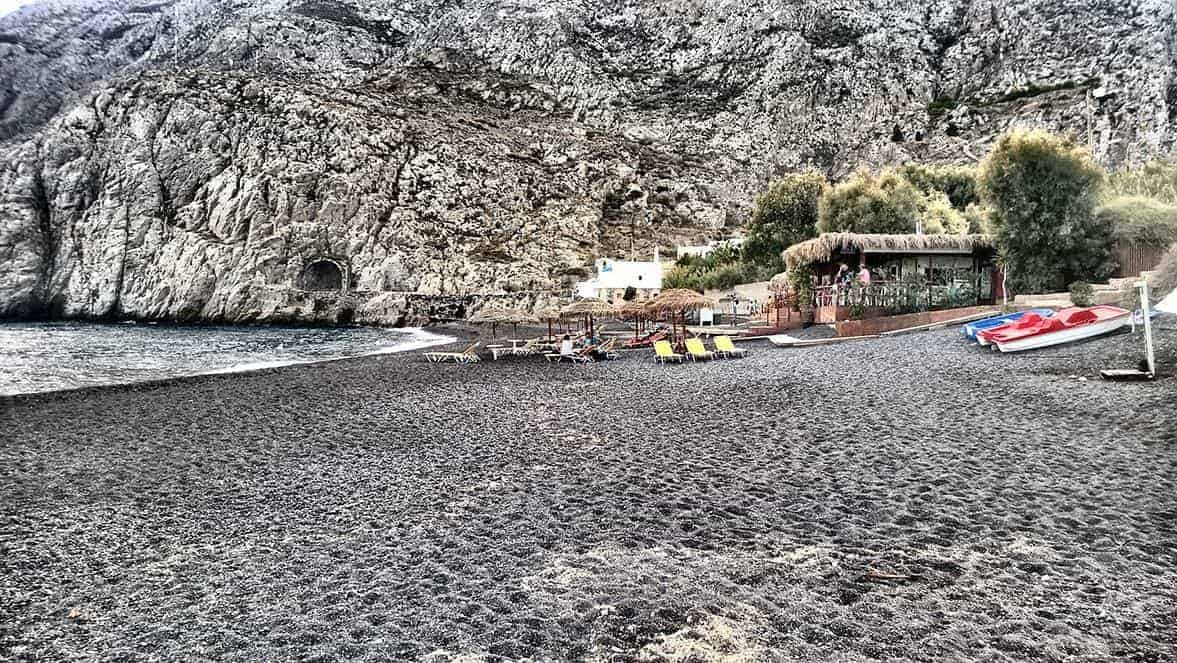 To enjoy the breathtaking view, take the 300 steps from the north side of Oia to the charming harbor in Ammoudi. Surrounded by impressive red rocks and dotted with white houses, this small village has many picturesque taverns. Guests can enjoy their bathing, although the beach is rocky, so you should bring the right shoes, especially if you plan on diving in the rock (a popular activity).

Hiking from Fira to Oia

The best way to get to know Santorini is to walk it and there is no better route than Fira to Oia. This route is a total of 6 kilometers and passes through Fira, Firostefani, Imerovigli and ends at Oia. It is important to know that there is no signposting path for this hike. Along the road, travelers will find numerous locations worth to stop to admire the stunning views of the Aegean Sea. There are also numerous churches dotted all over, including the church of Agios Gerasimos with its blue domes offering great views of the volcano. Once you reach Oia you will find the ruins of the Byzantine castle open for exploration. 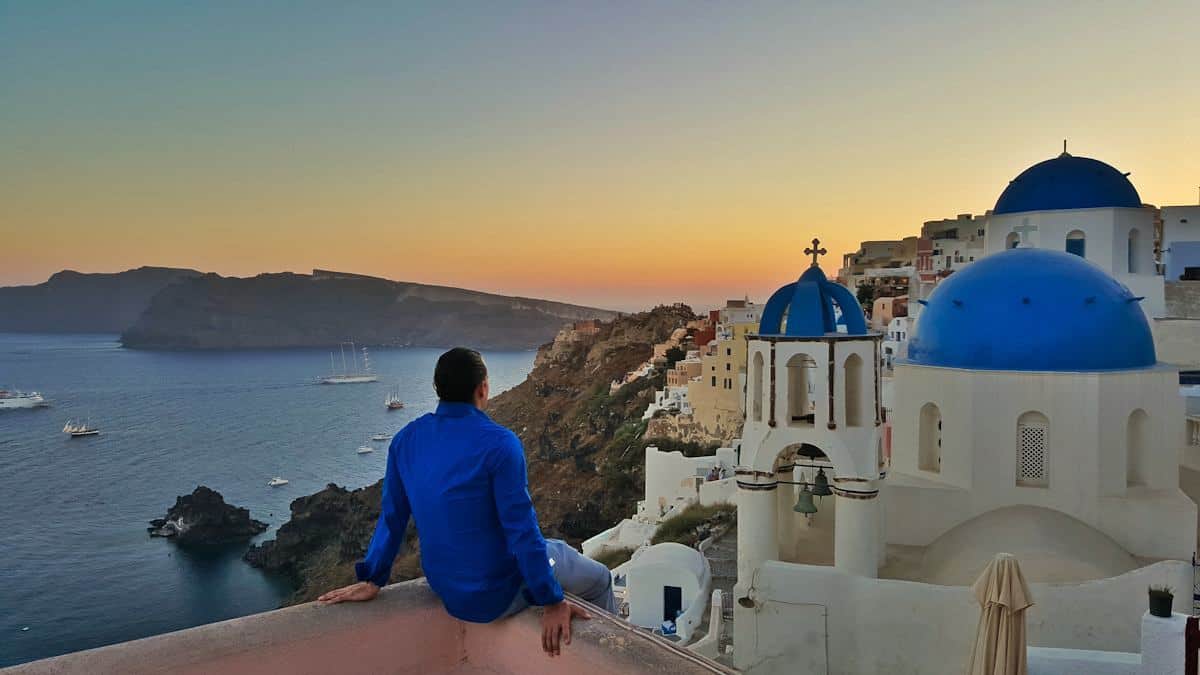 Separating Kamari from Perissa, Mesa Vouno is Ancient Thira. This archaeological site houses ruins from the Hellenistic period, Roman and Byzantine times. You will also find ruins of ancient religious sites, theater, administrative buildings of the old town and even a gym for trainees.

Excursion to the wineries of Santorini

When it comes to famous wine destinations, one can think of France or Italy, but Santorini is also considered a major wine destination in Europe. This is due to the fact that the soil in which the wine grows in Santorini, which is partly composed of volcanic sediments, creates an interesting flavor that is hard to find elsewhere. Not only this, but here, the vines grow on the ground (rather than relying on uprights) to protect the crop from strong sea winds. 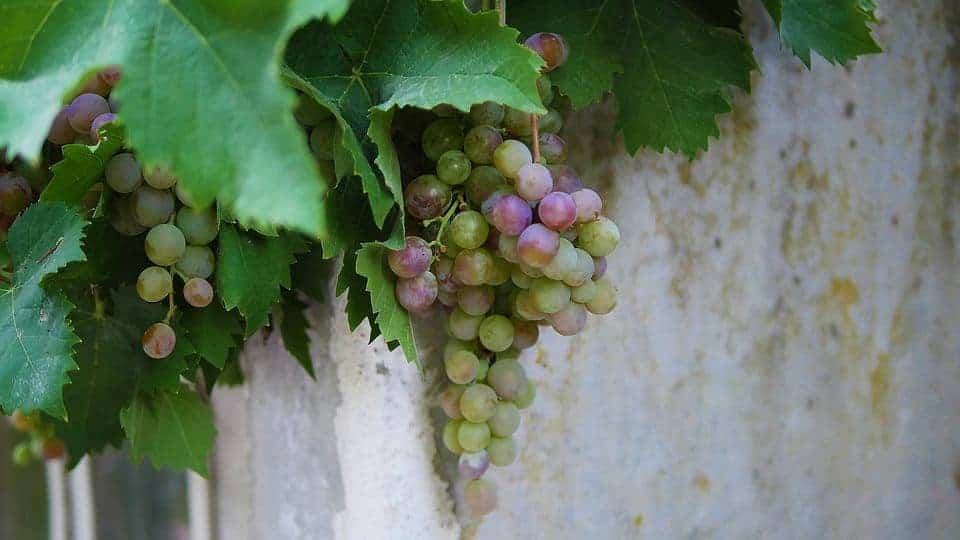 It is located less than one kilometer southwest of ancient Akrotiri, this beach owes its name to the towering red rocks and the dark sand. The landscape is amazing – be sure to bring a camera to take pictures of the sharp contrast between the red rocks and the sea water. There is no paved path to get to the beach. Guests need to park in a nearby car park and then cross a rocky path to the beach, so you definitely need shoes. The beach is small and if you do not get there early, it is more likely to find it crowded. it can become very full too fast.

This fascinating archaeological site was first discovered in the late 1860s, but its buildings date back to the 17th century BC. This former Minoan outpost, which, according to the Ministry of Culture, is considered to be one of the most important prehistoric settlements in the Aegean, was once a thriving city. The city was later destroyed by a massive volcanic eruption, the same that made Santorini look like it is today. The excavation has brought enough light to light (although it is said that only one-third of the site has been excavated) allowing visitors to explore. You can see multi-level buildings, pottery works and even drainage systems. 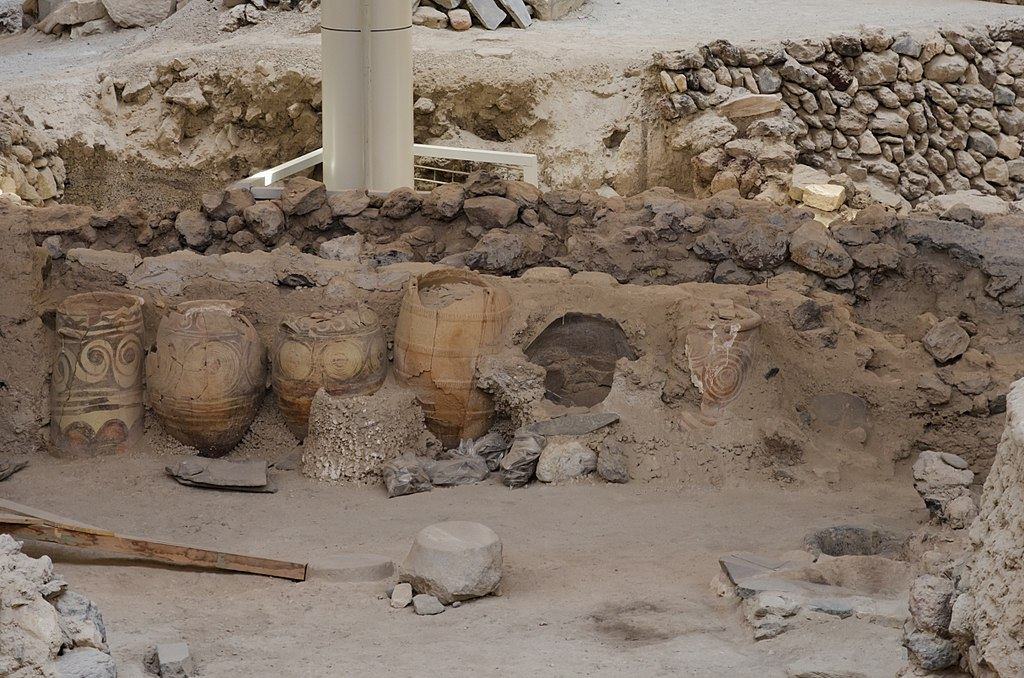 Your visit to the Museum of Prehistoric Thira is a great way to finish exploring the ruins of the ancient cities of Santorini. This miniature museum in the heart of Thira houses frescoes and other archaeological treasures found during the excavation of Ancient Akrotiri, which was destroyed by the volcanic eruption. Some of the pieces here date back several thousand years (some of the ceramics are from 3.000 BC) and offer knowledge about the early human life on the Greek islands.

Where is the best view of Santorini?

Wherever you are in Santorini you can be sure that somewhere near you there is a place to admire the beautiful view. Whether its beaches, or classic whitewashed buildings with blue roofs, be sure that the view of the island will compensate you with the above.

Undoubtedly the most amazing island of the Aegean, Santorini is a mandatory stop on the Cycladic tourist route – even if you have to enjoy the impressive lakes of La, the exciting excavations and the dazzling white cities with a million other travelers. The place is known today as Santorini, a name derived from its patron, Agia Irini of Thessaloniki, the Byzantine Empress who restored icons to Orthodoxy and died in 802.

We enjoyed your service last time. Our next vacation starts June 27th. Can we get the any discount on transfer to our hotel?

The drivers were friendly & I will book with them again, as well as highly recommend to friends! Kudos! & Thanks!

Santorini Holiday Transfers was on time helped us with the luggage, well mannered driver!

We have used Santorini Holiday Transfers for over 3 years and have found them to be an extremely reliable, customer focused company. We would certainly recommend them.